Well, I’m almost done at my placement now – one and a half weeks to go before I’m FREE, and can then use that free time to make up all the hours of sleep I lost, and then I can start doing my own stuff again. ULSG! JetSquirrel! Mr. Physics Man (new project)! Maybe a bit of rendering! Woohaa! I can’t wait. 😀

We were planning to get 4-6 mobile games released while on placement, but of course, there’re always problems. Not really sure about anyone else in the team, but I’d never even thought about making a mobile game, especially for iDrone/iFad/iPlod, because of Objective C, which looks quite ugly and has a stupid name. Happily(!) however, we, for some reason unknown to me (probably price), decided to use Corona SDK, which uses Lua. Lua is okay, but the SDK? Nope. I think I already mentioned Corona in a post way back, but it’s a sloppy, partially broken SDK which has a completely unique and SPESHUL approach to almost everything, which gives you almost no control (you can’t just load a graphic, oh no – once it’s loaded, it’s added to the display hierarchy immediately, and it stays there forever until you call its removeSelf() method or pass it in to display.remove()). It’s also not that powerful, annoying, the developers are really not on the ball (Corona didn’t work with iPad 3 for some time because they couldn’t get one, lawl) and games you manage to create don’t work on Android as well as they do on iWhatever. Upside is that it has Box2D built in, which is fairly easy to use.

We only managed to finish two games, with two games still in progress (one made with UDK, the worst thing I’ve ever used (I didn’t actually like the game idea either, to be quite honest), and the other made with Corona). This is partly because of Corona making it almost impossible to debug, but mainly because of our utterly hopeless “we’ll do it tomorrow” managers. We understood that we had to manage ourselves, but when it comes to release, we need our actual managers to do important things ASAP, like, get us an Apple licence and an Android licence, and give us the details of the bank that they want profits to be deposited into. Oh, and it’d help if they would play the pre-release version of our games for more than 2 minutes to see if they approve. It was like they were never there when we needed them, but there when we didn’t, I mean, when we said we’d finished our games, they just so happened to get some guys in to give us ideas on how to expand them. And when we did add a bunch of new features and finished them a second time, they never really got any testers for us when they said they would. *sigh*

We did finally get them out on the app stores, and they were semi-noticeable for, oh, a day, until they were buried by the Apple and Android garbage trucks dumping their daily load of 200+ crappy, useless junk apps onto the app landfill. You see, that’s the reason why I would never make anything for mobile devices. And no, our managers didn’t bother with any advertising.

Anyway, I’ll be big-headed and post the one I worked on first – Katu Toka! 😀

(Sorry, Rich, but it looks like you were in a CBA mood when you made that banner. :P)

I worked with Dom (programmer) and Rich (designer) on this one. 🙂 The game’s pretty simple, you bounce balls into mouths. Yes, that in-your-endo was a pretty popular joke while we were making the game. 😛 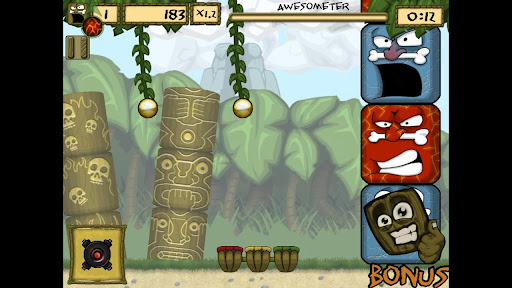 Over the course of the game, you come across new heads and new rock types, and eventually find bombs. 😛 Some worlds are boss battles, where you have to bounce your rocks into a fat totem (unless it’s the Badass Boss – he’s quite well toned :P) to make it explode. 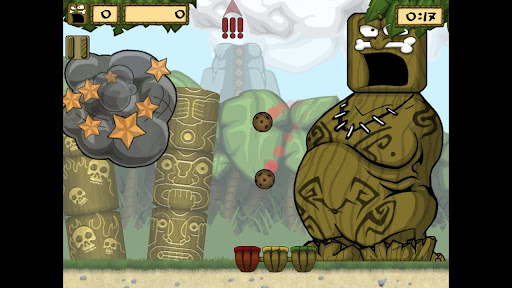 I managed to fit two of my “signature” gameplay elements in there, and anyone who’s played ULSG (barely anyone) will recognise them. 😉 There’s an “Awesometer”, which I now try to integrate into every single game I work on. This Awesometer is untraditional, though – instead of injecting points you earn with a healthy dose of OTT, it just shows how close you are to not being awesome and failing. 😛 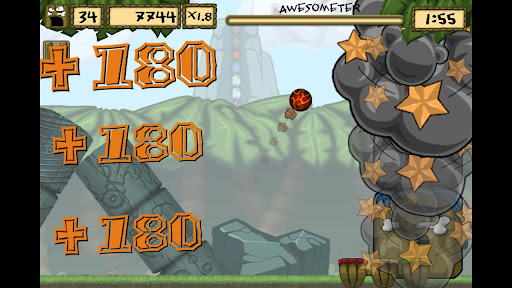 And, because I couldn’t resist, there’s Fruit Frenzy. Oh yes. 😀 Sure, it’s a lot more restrained than ULSG’s Fruit Frenzy, but it still has its charms. 😉 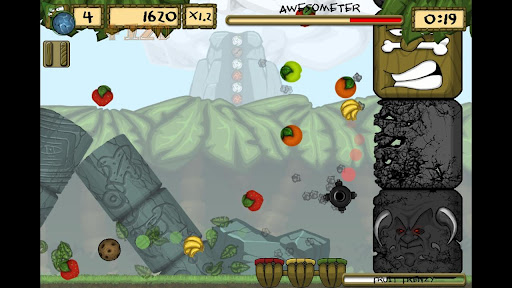 It also used to play Ken’s theme when it was activated, but obviously I can’t keep that in there when the game’s going on the app stores. 😛

All this sexy arcade action can be YOURS to play on your Andwoid or iThingy for the low price of (lol)69 Great British pennies. 🙂 If you think the game’s gonna be crap and you don’t want to risk that massive sum of money (TBH, I totally understand – I don’t want to waste 69p on potential junk myself), we’re working on a “Lite” version which will hopefully be released soon. I’ll want to call it “Low Calorie”, “Sugar Free”, “Diet”, or just a “Trial” version, because “Lite” is just a crap variation of a perfectly spelled-right word. 😛

I didn’t work on this, and haven’t really played it much, so I probably won’t be able to write much about it. 😛 Lapsus is also pretty simple – just knock all the dominoes over in one push. 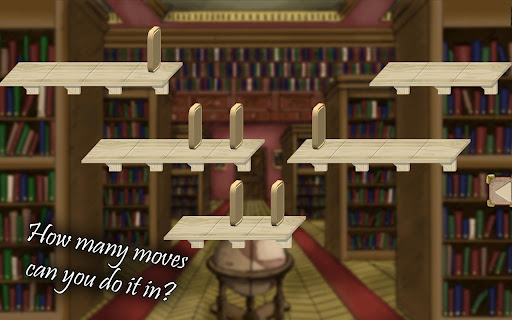 Each puzzle earns you a star rating out of three – Terrible, Bad or Average, depending on the number of moves you make. 😛 As you earn stars, you unlock new worlds, which have more complicated puzzles and more types of domino. 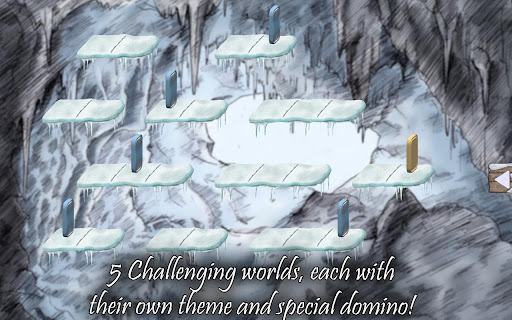 If your mind isn’t completely fucked over by the time you earn 200 stars, you’ll unlock Playful World, which has been unanimously deemed “ridiculous” by the studio. 😛 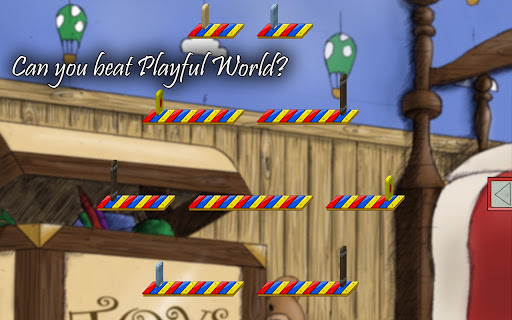 A nice, challenging puzzle game with 100 levels, available on Andwoid and iDevices for only (lol)69p. 😀 Again, a trial (they’re calling it “Lite”, guh >.<) version will hopefully be available soon. 🙂

Aaaand advertising over. 😀 I’ll be making a trailer for Katu Toka if I have the time (or can be bothered :P), and I think Lapsus might get one as well. I’ll post them here if they get done. 🙂